Rep. Ilhan Omar was caught red-handed deleting information which backs up the claims she married her brother. In fact, it was a Muslim man named Mohamad Tawhidi who blew the whistle on Omar’s recent delete-fest yesterday. That’s when Ilhan made a wild claim hoping to explain away all the evidence against her. That didn’t end well at all. You don’t want to miss this.

As most Americans are aware, Ilhan Omar is facing allegations she married her brother in 2009. To date, there has been a preponderance of evidence which backs up this salacious allegation. That’s why when Mohamad Tawhidi, an Islamic reformer, revealed a 2013 post on Omar’s Twitter and Instagram profiles which gave her father’s real name, she immediately deleted it.

Ilhan Omar early Tuesday morning deleted a 2013 post that said her father’s name is Nur Said. “Happy Father’s Day to my aabo Nur Said, I am forever grateful to Allah for giving me the best father a…” the Minnesota Democrat said in the June 2013 post.

He then argued that, in keeping with Muslim culture, any children of this man would bear the surname “Nur Said” — which he said proved the ongoing speculation that when Omar married U.K. citizen Ahmed Nur Said Elmi, she married her brother.

Your father is Nur Said?
Not: Nur Omar Mohamed?

And you married Ahmed Nur Said,

You married your brother.

(Most Americans don’t know that in most Muslim countries, the surname is actually the father’s name)

“Tawhidi made these statements between 11 PM and midnight EST on Monday evening, linking to the 2013 post from Omar, which remained visible overnight, according to archives of the page. Between 7 and 8 AM Tuesday morning, Omar or someone who manages her account deleted the post. Tawhidi quickly pointed out the scrubbing to his followers,” Breitbart reports.

“Ilhan Omar has just deleted this tweet from 2013 that proves her father is Nur Said, which makes her Ilhan Nur Said (surnames are the fathers names in most Muslim/MENA countries), and that Ahmed Nur Said, who she married, is in fact her brother,” Tawhidi wrote.  “Why did you delete it, @IlhanMN!?”

Ilhan Omar has just deleted this tweet from 2013 that proves her father is Nur Said, which makes her Ilhan Nur Said (surnames are the fathers names in most Muslim/MENA countries), and that Ahmed Nur Said, who she married, is in fact her brother.

Why did you delete it, @IlhanMN!? pic.twitter.com/rRjwPyu2X7

As the day wore on, the Omar campaign couldn’t ignore all the questions coming from the media swirling around this recent deletion, or all the evidence that points to Ahmed Nur Said Elmi being her brother who she married in 2009.

That’s why an Omar spokesman felt pressured to put out a statement on her behalf:

“Rep. Omar and her family are subject to constant threats. When people write vile things on posts about people she loves—including disturbing doctored images of her father—she takes them down. Nur Said means ‘Happy Light’ and it’s been her dad’s nickname since he was a kid,” Omar’s campaign claims.

“He has a public page with the same name. She isn’t deleting it for the disturbing and hateful reasons that are being implied by conspiracy theorists and legitimate media outlets shouldn’t be spreading conspiracy theories,” Omar’s campaign added.

We can’t find anywhere “Nur Said” is a popular Somali nickname which translates to “Happy Light.” That’s a wild claim. In fact, the term “iftiin faraxsan” is Somali for “happy light.” We also can’t understand why Omar and her entire family have been busy bees deleting any and all social media posts which name her brother or her father if this all just about a nickname. An honest person has nothing to hide.

“This statement is a critique of the United States— @IlhanMN believes that we are all such blithering idiots that we will believe ANY ridiculous excuse she gives. You married your brother, committed immigration fraud, and you hate this country. YOU WILL BE DEPORTED,” tweeted Carpe Donktum, who is famous as President Trump’s favorite “meme-maker.”

This statement is a critique of the United States@IlhanMN believes that we are all such blithering idiots that we will believe ANY ridiculous excuse she gives.

You married your brother, committed immigration fraud, and you hate this country.

“It took @IlhanMN 8 Hours to issue a statement after she deleted her Tweet. It doesn’t take 8 Hours to tell people that ‘Nur Said’ is just a ‘nickname,'” tweeted Twitter user ALX.

It took @IlhanMN 8 Hours to issue a statement after she deleted her Tweet.

It doesn’t take 8 Hours to tell people that “Nur Said” is just a “nickname”. pic.twitter.com/3M2q8n5RDh

Yeah, we bet ole Omar has some swamp land for sale too.

The Minnesota Congresswoman’s sister Sahra Noor deleted a post which named her father as Nur Said, too. If it’s just a harmless “Happy Light” nickname, why did she delete it? 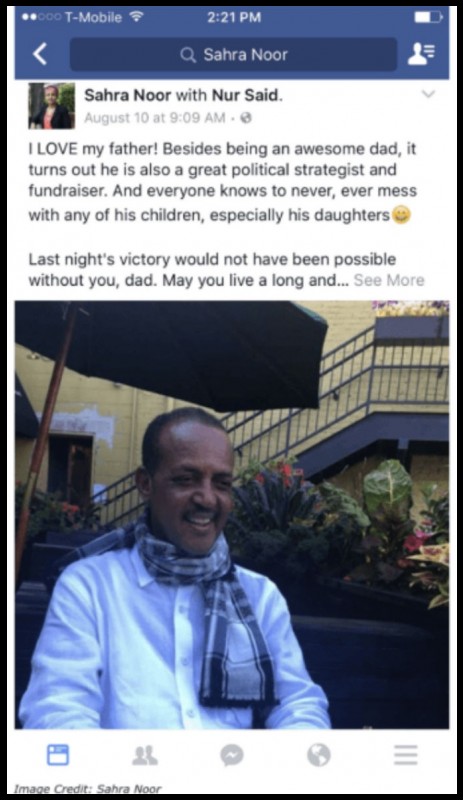 Then, there is Omar’s alleged brother/husband Ahmed Nur Said Elmi who posted a picture of Ilhan’s infant daughter in 2012.

“One Instagram screenshot saved by Power Line shows that one day after Omar’s daughter was born in 2012, Elmi posted a picture to his Instagram account of him holding a baby with the caption ‘Nieces, fresh out the vagina!”’ Daily Caller reports. 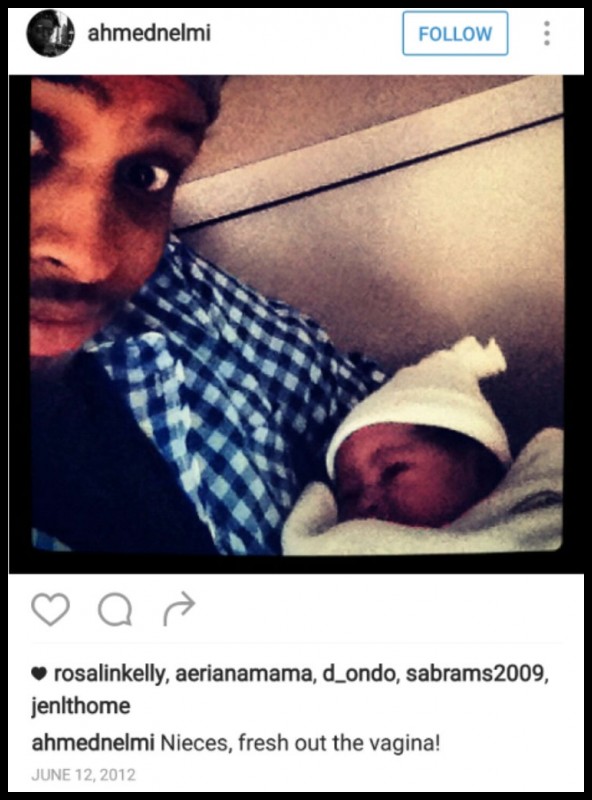 Of course, that post was deleted some time ago.

While Omar has denied that she married her brother, she has largely failed to extinguish the speculation.

A Minneapolis Star Tribune investigation completed over the summer found that Omar “improperly used campaign funds to pay for out-of-state travel unrelated to her state legislative duties” but was unable to determine why Omar filed joint tax returns with a man other than her husband in 2014 and 2015.

Additionally, the Washington Post accessed documents that showed that Omar and Hirisi “may not have separated during her marriage to Elmi, adding fuel to speculation the marriage may have been for immigration purposes,” as Breitbart reported.

Omar’s claim that her father’s nickname is “Happy Light” is comical. In fact, it would be really hilarious, but she is still in office. The American people aren’t stupid, and Ilhan Omar, or should we say Ilhan Nur Said, needs to come clean. The gig is up, and this latest social media deletion, along with Ilhan’s ridiculous “Happy Light” explanation, is the fat lady singing.