NBC and their top newsman Lester Holt are embroiled in a big controversy after hosting a town hall event for Joe Biden on Monday night. NBC promoted the event as an evening with “undecided voters.” Now, NBC and Holt are refusing to comment after proof was found that they knowingly ensured that the event would come off like a “Biden infomercial” and make the president look bad. You don’t want to miss this.

Most supporters of President Donald Trump probably refused to watch the Joe Biden townhall event which was held in Miami, Florida. Most of us know the mainstream media hate the president and will do anything they can to ensure Biden looks good.

However, it still needs to be reported when they are caught redhanded tipping the scales in favor of the Democrat candidate. The town hall was promoted by NBC’s Lester Holt as an “audience of undecided Florida voters.”

The Free Beacon uncovered at least four of the town hall questioners who were not “undecided” and were clearly hardcore supporters of Joe Biden. In fact, three of the four had been on NBC’s sister station MSNBC where they confirmed their status as Biden supporters.

Lester Holt introduced marketing executive Ismael Llano and said: “Llano voted for Hillary Clinton four years ago but has voted Republican in the past.” He also introduced lawyer Peter Gonzalez who was labeled a Republican voter who was undecided.

Another “undecided” voter featured in NBC’s town hall was Mateo Gomez. The only problem is all of these “undecided voters” appeared on MSNBC in the last two months boasting about their support of Biden and their sheer hatred of Trump.

The Free Beacon produced proof of this in a damning video:

Michelle Cruz Marrero was another Biden supporter and hater of all things Trump on the NBC panel of “undecided voters.” She was described as a former Republican.

However, a quick google search of Cruz Marrero leads you to multiple social media posts: 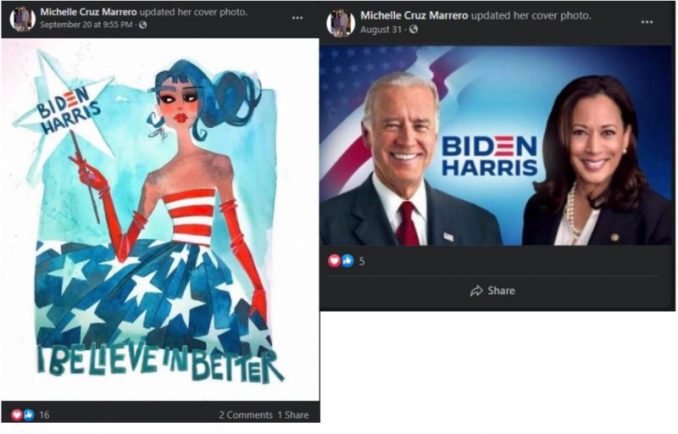 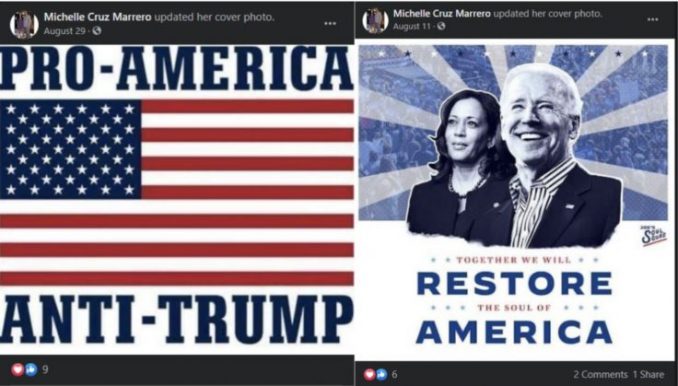 Cassidy Brown asked Biden at the town hall how he would protect “women’s reproductive rights.”

“Brown’s social media use also suggests she is not an undecided voter. On Sept. 5, she retweeted an account—with a Biden-Harris logo for its avatar—that attacked Trump for allegedly making derogatory remarks about veterans. In 2017, she shared a HuffPost article on Facebook about Michelle Obama’s criticism of women who voted against Hillary Clinton,” Free Beacon reports. 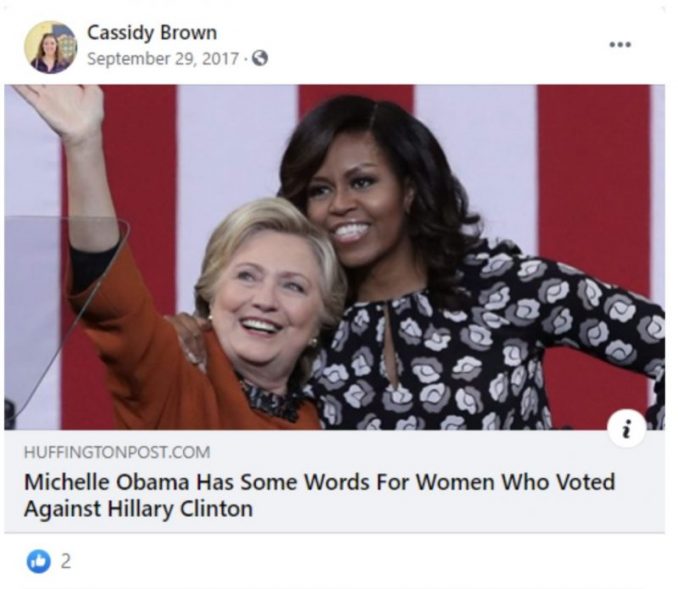 NBC has taken shots for its handling of the town hall.

“This was a Biden-leaning crowd, if not a Biden crowd,” Caputo wrote. “So Biden had the equivalent of a one-hour infomercial that played to his strengths: engaging with respectful real voters (he’s been known to blow his stack with citizens who attack him) as he dished out anecdotes and one-liners accrued over decades in public life.”

“I just hope the voter understands that they are all Fake News trying hard to push a man that should NEVER be president of our Country,” he wrote.

I just hope the voter understands that they are all Fake News trying hard to push a man that should NEVER be president of our Country. https://t.co/RjP9lBJe7a

Trump also panned the town hall as a “joke” in a Tuesday afternoon tweet.

“Did anyone get to see that absolute ‘Joke’ of a Town Hall interview that Joe Biden did with Concast @NBCNews, hosted by Lester Holt?” the president wrote.

“What a disgrace to our Country that FREE public airwaves can be used that way. All SOFTBALLS. A big FIX. Time should be paid by the corrupt DNC!”

Did anyone get to see that absolute “Joke” of a Town Hall interview that Joe Biden did with Concast @NBCNews , hosted by Lester Holt? What a disgrace to our Country that FREE public airwaves can be used that way. All SOFTBALLS. A big FIX. Time should be paid by the corrupt DNC!

Holt has been one of the last anchors who appeared to be trying to stay a straight newsman. So, it’s sad to see him involved in this fiasco. It’s hard to imagine Holt had no idea of what was really going on.

That’s why former White House Press Secretary Ari Fleischer posted: “How can @LesterHoltNBC be party to this? This is a deceptive practice carried out by NBC. The media has changed and fallen from what they used to be.”

How can @LesterHoltNBC be party to this? This is a deceptive practice carried out by NBC. The media has changed and fallen from what they used to be.

While this is no huge surprise to Trump supporters, the fact that we have additional proof that this campaign is so unfair to the president is worth noting. However, those voters who only get their news from the mainstream have no clue just how corrupt the media is handling this election.

All Americans should be outraged at this blatant disregard of truth and fairness by NBC. They will throw out all their ethics and morals and promises of unbiased journalism just to make sure Joe Biden looks good and President Trump looks bad.

CNN’s Jim Acosta was caught redhanded spreading fake news yesterday. The White House correspondent misquoted a portion of President Donald Trump’s speech on immigration he gave in the Rose Garden. Acosta was spreading the notion that Trump is a racist, and instantly he was made to regret it. You’ll love this. […]

A white woman was smiling while holding a pro-police sign when she infuriated a Black Lives Matter protester, who decided to harass the blonde over her stance. With cameras rolling, the BLM supporter issued a threat. Don’t miss this. […]

‘Coup’ Against Sitting POTUS Officially Started On 10/29/19, Americans Fight Back

After every secret hearing in Adam Schiff’s star chamber, the House Intel Chairman makes his own summary of the testimony and publicly posts that summary as fact to the United States House website. Well, new reports from those who support President Donald Trump contradict Schiff’s summaries. In fact, using the direct transcript of the actual testimony, we can pinpoint the real “coup” started on October 29, 2019, and patriotic Americans are fighting back and winning. Don’t miss this. […]