Adam Schiff may have held his last public impeachment hearing yesterday, but now we have questions about his connections to companies named in a $7.4 billion dollar corruption case involving Burisma, the United States, and Ukraine. It seems Schiff is part of a tangled web of secrets and lies. Don’t miss this.

It all started yesterday when a short article popped up about Ukrainian Ministers demanding an investigation.

“Ukrainian members of parliament have demanded the presidents of Ukraine and the United States, Volodymyr Zelensky and Donald Trump, investigate suspicions of the legalization of $7.4 billion by the ‘family’ of ex-President Viktor Yanukovych through the American investment fund Franklin Templeton Investments, which they said has ties to the U.S. Democratic Party,” Interfax reported.

Remember, part of the new agenda President Donald Trump was demanding for this new Ukraine President and his ministers was to clean up the vast networks of corruption in Ukraine. This is a notion Adam Schiff and his cohorts scoffed at, claiming Trump didn’t care about that at all.

“According to the suspicion, the Yanukovych family is suspected, in particular, with legalizing (laundering) of criminally obtained income through Franklin Templeton Investments, an investment fund carrying out purchases of external government loan bonds totaling $7.4 billion,” MP Andriy Derkach said.

“The son of Templeton’s founder, John Templeton Jr., was one of President Obama’s major campaign donors. Another fund-related character is Thomas Donilon. Managing Director of BlackRock Investment Institute, shareholder Franklin Templeton Investments, which has the largest share in the fund. It is noteworthy that he previously was Obama’s national security advisor,” Derkach said.

Well, guess who else is connected to both Franklin Templeton Investments and the BlackRock Investment Institute?

That’s right, none other than Adam Shifty Schiff.

“Schiff is connected to both BlackRock and Franklin Templeton Investments, two companies that were named in the $7.4B Burisma/US-Ukraine corruption claim that was announced…” tweeted M3thods.

Schiff is connected to both BlackRock and Franklin Templeton Investments, two companies that were named in the $7.4B Burisma/US-Ukraine corruption claim that was announced…https://t.co/enhuAplCUEhttps://t.co/WuEZfwdTGt pic.twitter.com/rzjVyDibGd 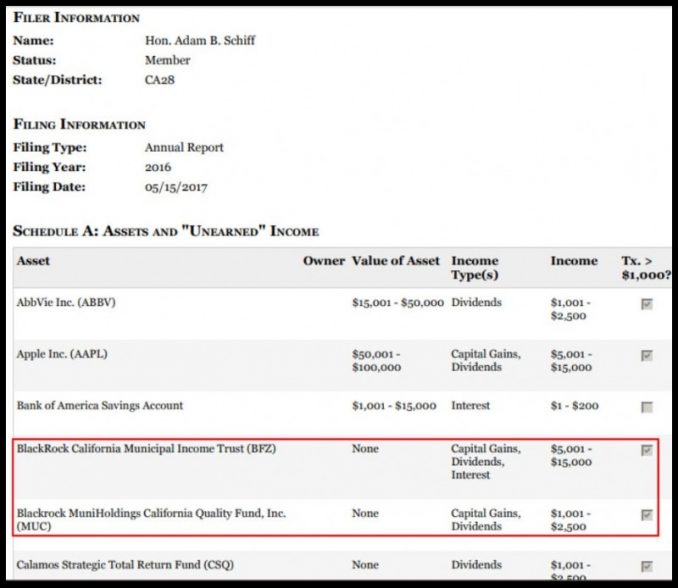 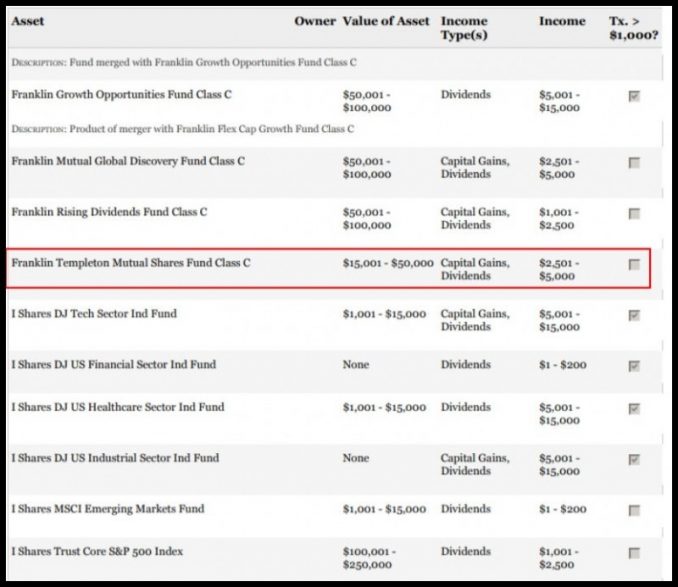 Joe Biden bragged about getting Viktor Shokin fired during a 2018 speech to the Council on Foreign Relations. The media immediately covered for Biden and said his targeting of Shokin was totally unrelated to the prosecutor’s corruption investigation into Hunter and Burisma Holdings.

According to CD-Media, last week former Ukrainian official Oleksandr Onyshchenko said Hunter Biden was receiving “off the books” payments from Burisma in the millions.

Earlier this month, the chief of Burisma Holdings was indicted in Ukraine. He has gone missing. There is definitely something that smells rotten about all these Democrats involved with these shady Ukraine businesses. No wonder Schiff and his Democrat cohorts were hellbent on getting Trump to not dig deeper into the Bidens.

“Adam Schiff financially benefitted from the investment fund Franklin Templeton that laundered millions of U.S. tax dollars given to Ukraine,” tweeted Twitter user “Jackoff Josh,” who adds articles from Bloomberg and PJ Media which back up these allegations.

Now, we must caution that Schiff owning funds in those companies does not prove he was involved in some nefarious deals. However, when the Ukrainian Ministers who are calling for this investigation are linking the “Democrat Party,” and namely Barack Obama’s good buddies as part of the corruption, then Schiff’s investments and his role should be looked into.

President Trump was so right to be extremely skeptical of Ukraine. The minute the deep state rats heard Trump was looking into the Ukraine corruption and the link of 2016 election interference, they knew they somehow had to stop him from getting to the bottom of it.

Where there is smoke, there is fire, and that’s exactly why this entire Ukraine debacle is so concerning. What are the Democrats hiding? Here’s hoping there are still some good people left in Ukraine and in our FBI who will make sure the truth comes out. Only then can our country move forward.

When a woman left her car running while grabbing a few items from a local grocery store, 2 teen thugs seized the opportunity to steal her vehicle. Although police recovered the stolen car soon after, they were horrified to discover what was left in the back seat. […]

Corrupt Former FBI Deputy Director Andrew McCabe is asking Congress for a huge favor in exchange for his testimony. This is truly the weasel we have all suspected McCabe to be all along. […]

The protesters in Seattle, who have barricaded themselves within six square blocks, got a visit from a black female preacher named Bevelyn Beatty. “Democrats are the party of the KKK and hate blacks!” Beatty said. “If you want to see more black men get killed, elect Joe Biden.” But she was just getting started with giving Antifa and Black Lives Matter a real wake up call. You’ll love this. […]